The Bear Who Wasn’t There / 4 and older

Musical theatre for children based on the storybook by Oren Lavie

Once upon a time there was an itch. It scratches itself and is suddenly transformed into a bear who wasn’t there before.
The bear finds a piece of paper that says, “Are you me?” “Good question,” he thinks to himself and sets off on a journey to find out.
Along the way he meets the Convenience Cow, the Lazy Lizard and the Penultimate Penguin, listens to his own silence and follows its sound, takes pleasure in flowers and positive thoughts, gets lost going forward on a sluggish Turtle Taxi and ultimately – to his great delight – finds himself.

“The Bear Who Wasn’t There” is a fun and philosophical story that tells of a quest for identity and the joy of (self-) awareness while encouraging us to view the world with openness, curiosity and serenity. An audiovisual work of musical theatre for children age 4 and older and adults.

„With their tender and cheerful performance, the entire ensemble enchants children and adults alike. A 45-minute roundelay in which colourful images of the bear and the other animals whirl about with the concepts of Me and You until they’ve become a merry jumble in the heads of young and old, leaving everyone in light-hearted amazement.“ schnüss, das Bonner Stadtmagazin 11/2017

A coproduction by Theater Marabu, Beethovenfest Bonn and Junges Nationaltheater Mannheim in cooperation with the Cologne University of Music and Dance and the Alanus University of Arts and Social Sciences. 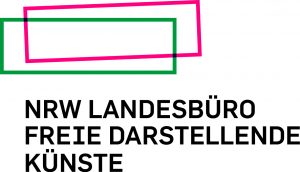